NO LIVE (conceived and curated by Seen Za-U, COSMO40, Incheon City, Aug. 31-Oct. 20, 2019) is an exhibition project that looks at domestic audiovisual artists and their activities from various angles. In this exhibition held at COSMO40, a cultural space converted from a huge abandoned factory in Incheon City, the first part of the three divisions includes a special exhibition of the chronicle archives commemorating the 10th anniversary of the formation of the renowned media artist Tacit Group and their new works was as installed. Here, the works of young female artists who are against the existing male-centered underground music scene were also introduced. The second part consisted of the exhibition of Reflecta, a group of photographers dealing with subcultures in Seoul. Finally, in the third part, lighting works that match this space’s architecture, including the previous two exhibitions, were installed. 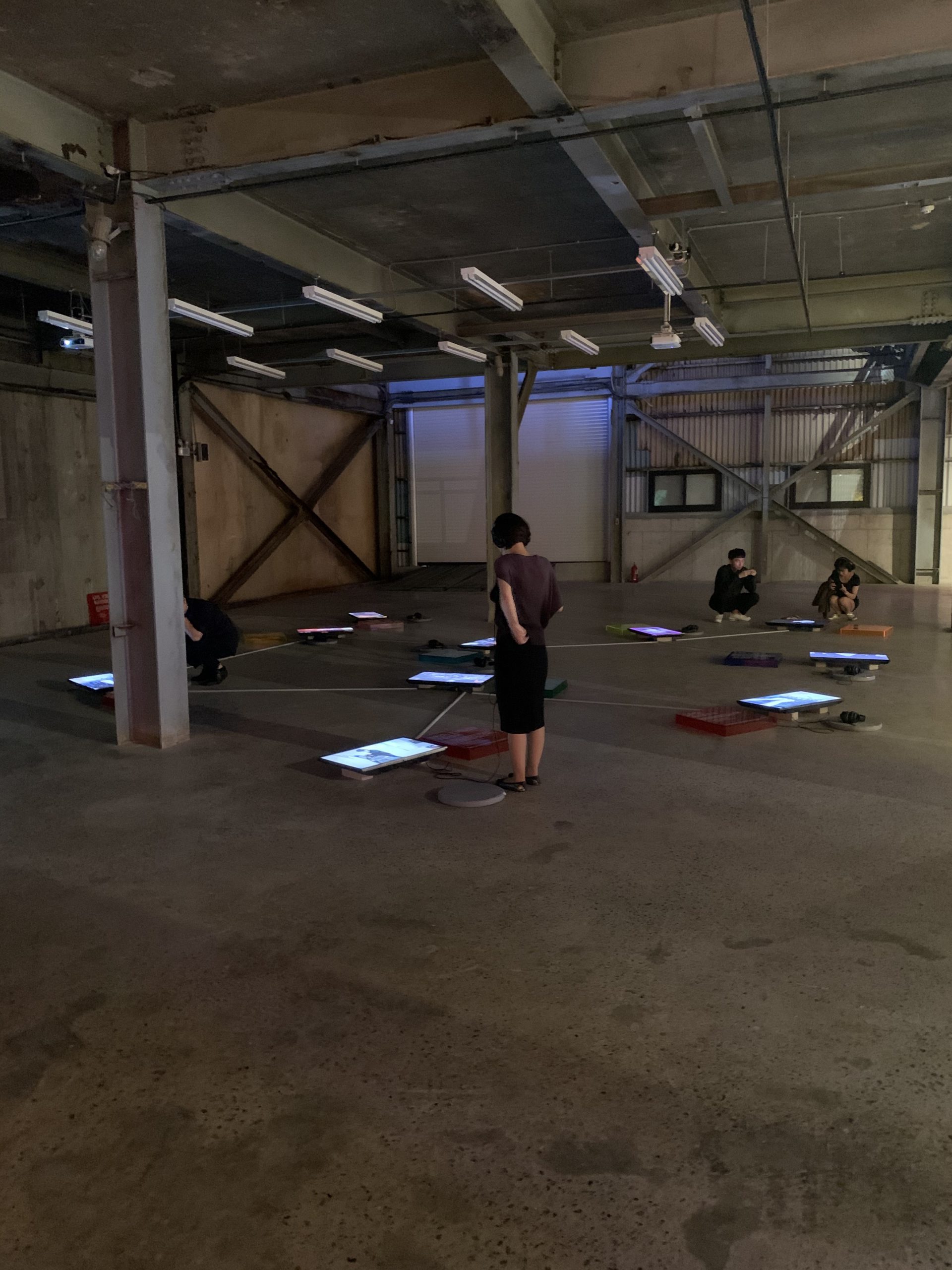 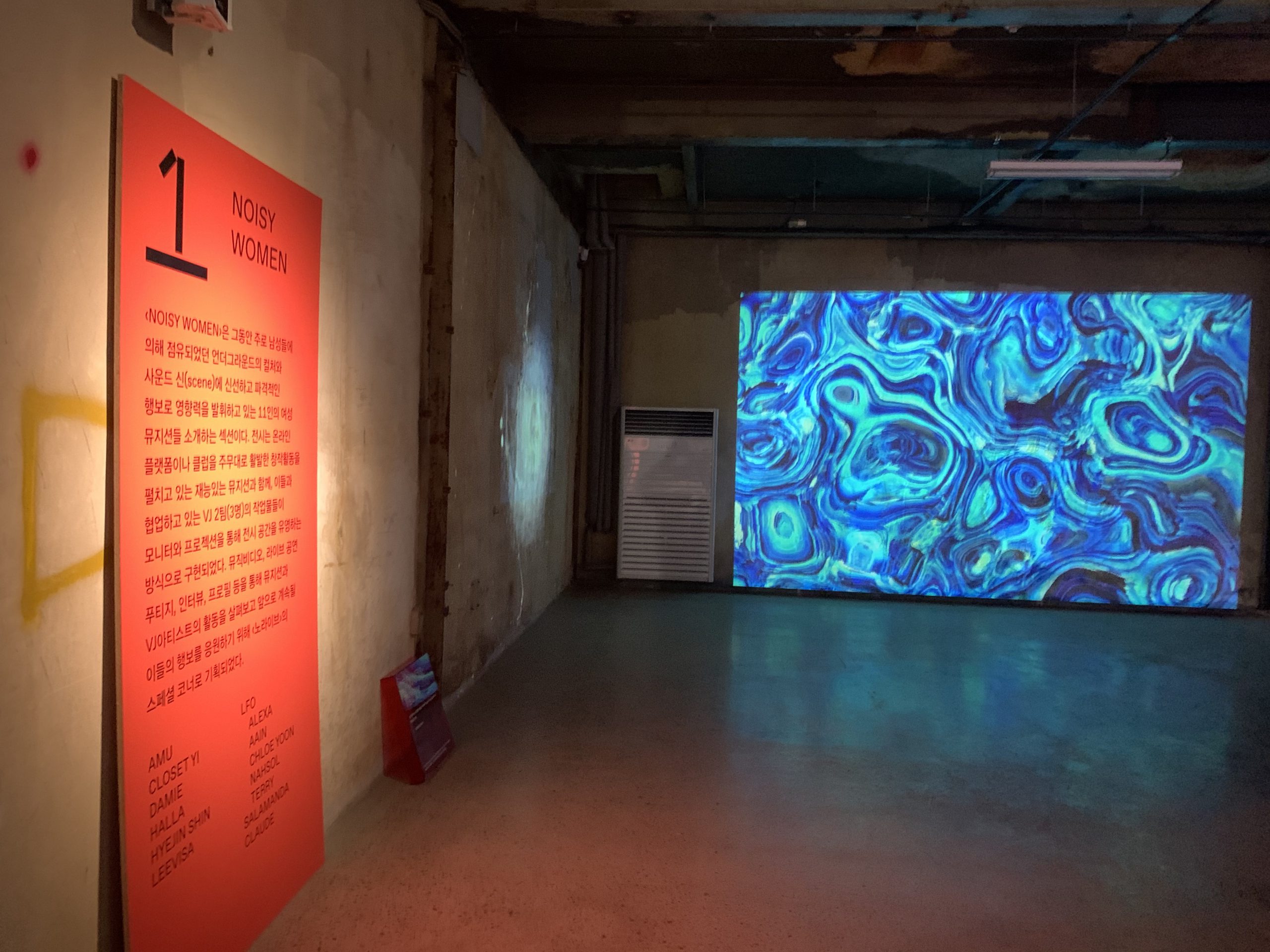 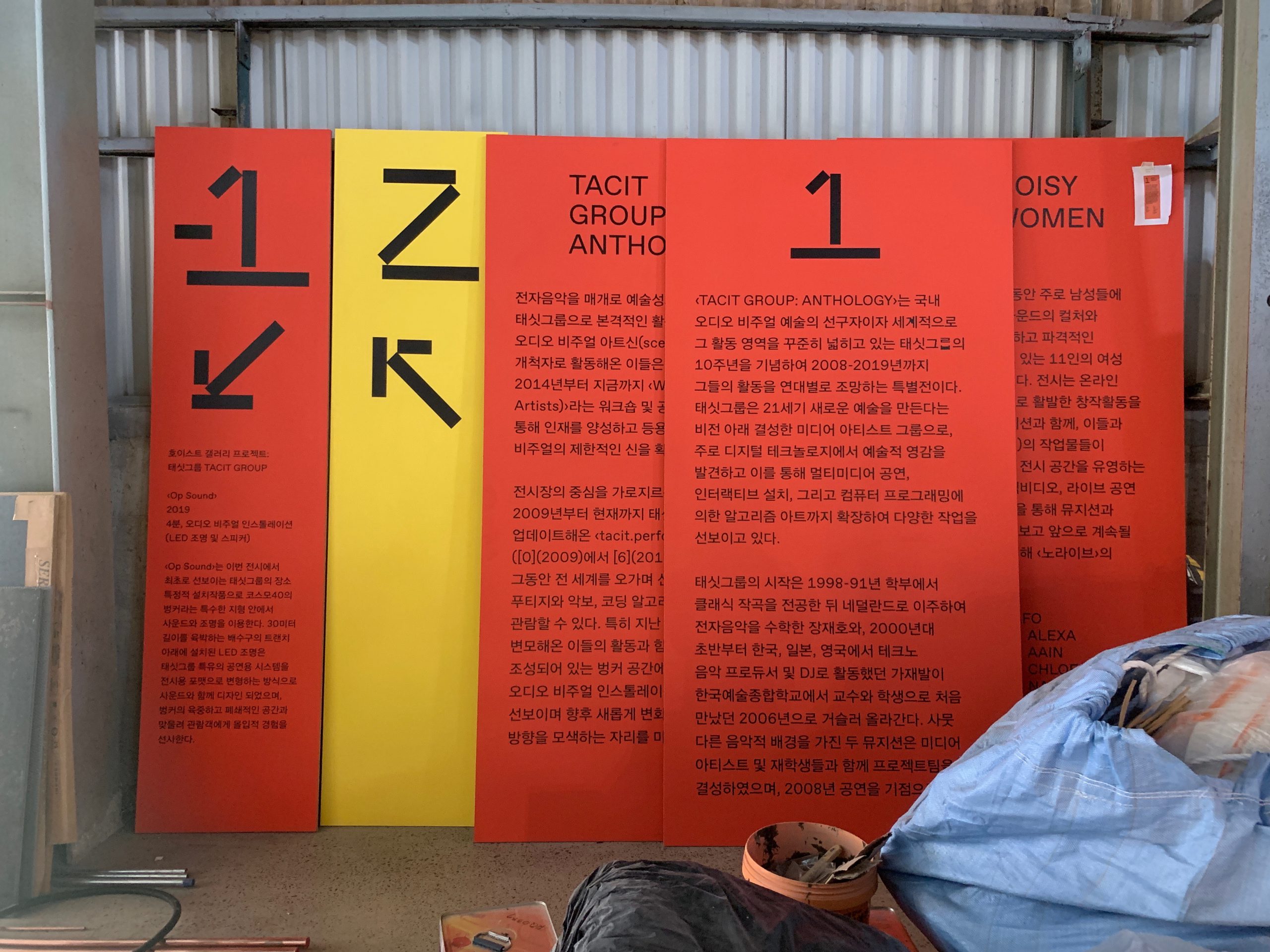